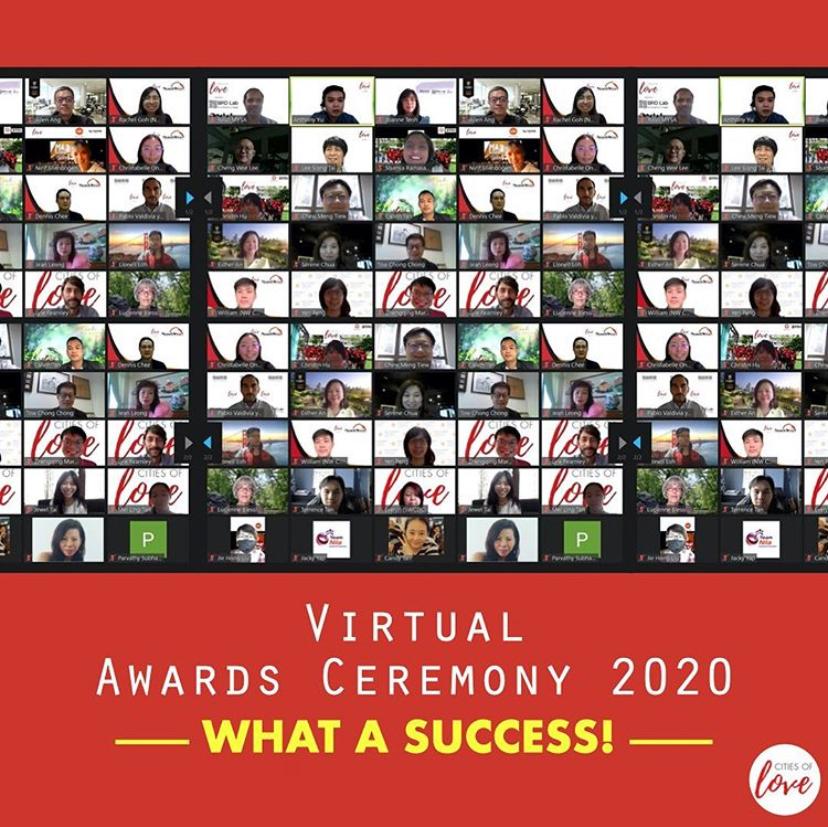 COLA engages with this year’s Award winners to gain insight into what drives their passion towards structuring and executing outstanding projects, so that you can be empowered to build success for your own project!

Here are some thoughts that Award winners have offered:-

The special element of COLA is its flexibility and openness to the diversity of projects that are not constricted to industrial technicalities. It welcomes projects from all sorts of backgrounds, skill levels and interdisciplinary features. Richard Wan, our Special Mention winner in the Awards’ Social category, strongly recommends any project starter to define their success factors. These are fundamental in project-planning to mark progress and build confidence toward success.

A suggestion for a success factor could be the development depth of the project process, as opposed to the result itself. While the projects we hear about are usually those that produced the most positive results, there are countless other projects that have not been featured due to the lack of distinctive tangible success. Yet, it could also be the process of these isolated and hidden projects that are the most rewarding. Maybe you have not considered that prior to these featured projects, its team members may have faced so many other challenges in their past unfeatured projects!

With COLA, be free to redefine (realistically) the success factors of your projects too. Whether it’s an individual passion project, or part of a corporate deal, COLA offers the freedom to frame a project’s success more independently.

Don’t let fear be a setback

Award winners like the Wheel-U project team encourage potential applicants to persevere in their attempts and not to be afraid to make mistakes as they refine their projects. Especially in a project like theirs that involves prototype-building for wheelchair assistive devices, this approach will involve testing. Here, the role of perspective is vital to determine the team’s confidence. Rather than categorising a test as a ‘failed’ one, why not see it as a ‘success’ for making an attempt? That’s the beauty of development processes where attempts are made to know whether certain techniques or ideas work, as opposed to never knowing from never trying.

The Architecture Diploma team at the Nanyang Polytechnic School of Design initiated a remarkable student-centric summit based on their confidence in the good cause they were driving. This is a success story in itself that reached design students from institutions nationwide. Taking the leap of faith to start could be the first and highest hurdle to cross, but the most exciting too. Multiple Award winners emphasise the importance to simply “go for it”. Just like any car engine, starting it may require the most resistance. Yet, once you get the momentum going, the ride gets more exciting as the scenery changes!

Resource is already in your hands

Resource is not simply limited to tangible items that get depleted, but also to the skillsets of your team. In fact, when skills are applied in practice, they don’t get depleted but instead get enhanced! Goodrich Global featured their Love Gaia project, where they recognised the impact of providing service. In their project, Goodrich Global optimised the use of material by utilising what was considered as leftover unwanted material from clients’ projects. The material was alternately used to enhance aesthetic appeal of other products that could be sold for charitable organisations to receive proceeds. What a great way to make our city more socially sustainable and loveable!

Award winner for the Environment category Ms Azurah Khalid encourages project starters to simply begin with what they already have. Even if the resource is small, it is still a treasured resource that can be multiplied. Have you noticed that passion is a resource too? It’s the priceless (both ways!) fuel for commitment. Like oxygen for our body system, passion can drive an entire project system. Perhaps start by finding that anchor that triggers your passion each time, so you know where to come back to each time you feel like you’re running low.

So, if you’ve got a project in mind, we encourage you to just get on it.

If you’re just starting on a project, get the success factors in.

If you’re in the process of building your project, keep going!

The achievement is awaiting your arrival, enjoy the process and get the best progress. It will be well worth it, especially when you share it with the world by applying for COLA next year!

Finding something about your City to Love? Here's 3 easy ways!​

Sometimes you might find yourself at either end of the spectrum - overwhelmed by the things you love about your city, or underwhelmed by it too.

The unseen value of water

While growing up, you might have been repeatedly instructed by your mother to drink water though you were desperate for a Coke.

The art of loving sustainability

Remember the last time you received love by another’s kind action? It may be someone’s seemingly smallest act of letting you board the bus

COLA engages with this year’s Award winners to gain insight into what drives their passion towards structuring and executing outstanding projects, so that you can be empowered to build success ...

The thought of giving back to the community and outreach at the block party event. Lecturers and students work together and inspire each other..

"The Purple Army" in reference to our iconic purple uniform at the Games Village and competition venues. When Youth Olympics ended, it was a ...

I started these videos to share the different ways to save and be sustainable so that my clients can have a better understanding of Green interior design ...

Yes! I am inspired actually and shall like to invite the world to know Singaporeans are united by nice food with my song and animation music video....

Building12 Qplex reminds people that a sustainability is more than just obsessing over carbon footprints and energy efficiencies. A socially sustainable project

It all started with how do we make better use of the leftover furnishings: wallcovering, wallpaper, carpets, fabrics and floorings. And we hope to upcycle and repurpose these products. .

Honk! has helped people to love Singapore more through providing a model for how recycling can be made more fun, convenient, and connective. SUTD-MIT International Design Centre - Honk! Mobile App

MAD in Singapore students’ summit was initiated and conceived from the objective to engage design students from different levels of education, and to ...

Reduce @ North West aims to educate and encourage residents to do their part in fighting climate change by reducing energy and water consumption, and food wastage. Through......

This project was born from our work on trying to better understand flow separation and how to control it. It is a fundamental problem in Fluid Mechanics and our collaboration.........

At Vietnam, we went to several different areas, each with their own pollution problems, and the people whom worked on the ground. Hearing from them, as well as the initiatives being rolled out, inspired us ...